Recently, I came across a question on Quora: If you had a chance, what would be the one thing you say to your teen self?  After reading some of the sentimental/long/funny/philosophical answers there, I started thinking about my teenage years.

It was ten years back, when I went to Kota (Rajasthan) after completing my matriculation (10th grade) for preparing to crack the engineer exams (especially IIT, AIEEE). I had enrolled myself to Resonance Coaching Institute and thanks for their induction classes, I met my room-partner who became my best friend. We lived in double-sharing room in big two-storey building (8 PG rooms and 2BHK for owner). All the people, who lived there, were the best bud. I guess that we had spent probably the best year of our life in that house. There is lot of stories I could think of and all are unique in its own way. 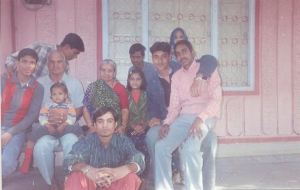 Memoirs:
The scary night prank of two-face candle boy nearby window, Late night roof cricket under the shine of tube-lights, Late night movies by renting TV and DVDs on weekend especially after big test (in coaching), gossiping whole night without even had any idea what time it was, Cards play for whole day on the last day without lunch & water after first year completion in coaching and small budget birthday party celebration in some restaurants in the town, every incidents are still so fresh in my heart. We should feel lucky that after so many years most of us are still in contact.

Those were the days when I started watching English movies (yes, it’s true). Those were the days when first time in my life I was away from my home but not scared. I was also very sensitive teen who can get emotional so easily, even on small matters. By the way, I am still the same emotional guy (can’t be a macho). I was kind of favourite among them on whom they can make all jokes. They used to tease me by connecting my name to some girl and believe me, most of the time I took those entire things so seriously. And there was this kid (the grandson of the owner) age of 3 years who used to hang out with me a lot; because I was the only friend he had who could play any game with him. He could never leave me until his mom would turn up in front of him. Sometimes he didn’t even go to his mom also. By the way, our room was one wall distance from owner’s home; he could see me almost everyday. And you know about kids, once they begin to like you then you can’t help it, you will have to hang out with them and eventually, love them. Story, which I want to say, was something like this:

Loonies in Love:
There was one guy named Bishwajeet who lived in the same house. He was 3-4 years older than me and since us, including my roomy belonged to same native state, he used to hang out with us at least one hour everyday. One fine day, in the evening around 4, I and my roomy were in our room studying, we heard some whispers which turned louder after few minutes. We came out from the only door and saw two mid age man (40-plus years) with one young person of age 25-plus were discussing with auntie (owner). She was repeatedly denying about having any knowledge of the concerned person for whom those people came for. They were asking the lady to inform them once she would see him. They looked very furious though and threatened to call police on the matter also. We were so confused about the whole situation but we did understand that there would be some involvement of Bishwajeet in some incidents which turned serious and could cause for police case. We didn’t stay there for long as they left in 15 minutes and auntie seemed so tensed to talk. I and my room-partner discussed the whole issue and came to the conclusion that Bishwajeet would have been involved with some girl and might be abducted by him. After 2 hours, when the sun was about to sleep, Bishwajeet and his friend who face had two bandage, one on the nose and other on his left forehead, entered to our room. Our curiosity tried to fish out from our jumbled thought filled mind but we blocked it and let Bishwajeet tell his side of story. He described something like this:

“Two weeks back, my friend Prem (imaginary name, couldn’t remember the actual name) fell for one girl, the daughter of his house owner. Girl had very foxy nature but usually shy to talk. She has chauvinistic blushing smile and she expresses most of her feeling with this secret smile. Prem madly liked this girl but he could hardly talk with her. He wanted to express his feeling so he wrote a love-letter and gave it to her indirectly (didn’t say how exactly). After that he didn’t come to the house, unsure of the reaction she might give. He called her at her home after one or two days and found out that unfortunately, the letter was reached to one her family members and they were extremely angry about the whole thing. He and I went there to talk with them and they didn’t even want listen us. Instead, they punched him on his face and hit him for few more times. We somehow, managed to run away from the place. After one day, Prem called the girl and abused her (which was totally absurd, we felt) for giving the letter to her family. Since that incident, they were awfully infuriated and searching for him everywhere. So, will it be okay if he would stay here in your room for like 3-4 hours?”

After hearing this ‘one-sided, double slapped’ love story which ended in a question mark, we both roomies looked at each other and agreed to let his friend stay in our room for some hours. We continued our talk by asking ‘what next?’ and he answered back that they were planning to leave the town by midnight train. They had already booked the ticket for Delhi in waiting list. They left around 10 o’clock at night. After that day, I never saw them again. 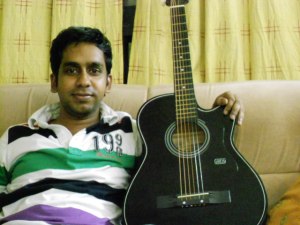 I plumped in this story not for teaching moral values but to remind you how you are. You also had a crush on somebody, right? But you never had courage to say something. You are stupid, less knowledgeable, thin & dull and inexpressive (naive in communication). But it’s fine; because you are also honest, controlled calm-head (experimenting to control anger: 80% succeeded now), sensitive, not a big liar and trustworthy. In brief, I could say to you:

Enough with high-level funda! Be happy, Live Happy! See you in the future!

So people what do you want to tell your teen self? Do tell here or if you do not want to share with others then do write to yourself. I bet you feel really great just by thinking how sweet and stupid you were and how much you grown up now! It would be worth to have a self review. Let’s see how much you know yourself!

One thought on “Few Notes to My Teen Self”