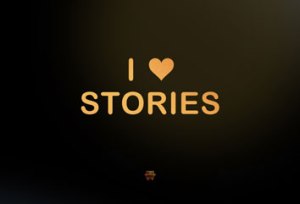 I bought a pack of potato chips and walked down to the bus stop with jolly-filled footsteps after the grand show we made. It was little overwhelming for me after the appreciation I got for my event managing skills; because I never use to hear those lines. I couldn’t help but started thinking about the past.

When we were in our ‘Circle’ (meeting after the show) and everyone shared their experiences about how we had accomplished the mile in spite of all the hurdles, I was more enlightened to the fact that:

There are so many small-small stories occurred in bits and pieces behind a successful night.

In spite of having a headache I tried to hear every single shared thought.

I heard the story where one guy finally came out of his 8’X8′ cubicle after 8 years, tried to filling up those years’ regrets with this night’s extravaganza.

I heard the story where a girl, despite of being at the pinpoint of two-crossed arrow made by her parents and school, puts up extra effort to make this night memorable; because she believes in what she was doing.

I heard the story where a guy was depressed about his unsuccessful past with no vision of a bright career and he finally made a choice to become a part of this theatre group. He’s been proud of his decision now.

I heard the story where one had to skip many good job offers just to make this night a grand success.

I heard the story where one has joined this theatre just because he was told that he wouldn’t be living for more than 2-3 months and he always wanted to pursue acting once in his life; now he was smiling denying the possibility of death.

Like these, there are many incidents happened behind the scene which we can’t even count.

Two weeks back, the Artistic Director of Yours Truly (YT) Theatre Group, asked me why I am still coming to YT again and again. It was just a casual question with no expectation of any deep or meaningful answer. I said:

Every time I come here I get to know various kinds of stories, one’s experience, incidents, mistakes, accomplishments and thoughts. And I love stories.

It doesn’t mean I intentionally prompt them to tell about themselves. In YT, we, as a responsible human being, try to create a space where everyone feels secure about their secrets. We became sensible about others. We build trust on each other and we open up. We share. It’s just as simple as that. I think that’s how we grow as a mature kid who has a different view to see the world. We understand what it actually means when somebody says ‘Everything is going to be alright’ and we can feel both sides of the statement. We stabilize ourselves very easily, despite of hotchpotch created by this rushed up society or us. We deal with the biggest challenges on-a-go and we become confident about our decisions.

Again two weeks and even before, few of my friends expressed their view in positive tone that it takes courage and lots of guts to just quit the job to do something of one’s interest. I think that courage has come from all those stories. That’s why I keep going to YT every weekend!

I hope these all stories keep coming to my path and encourage me to go on for big challenges. I want to continue this journey forever by exchanging thoughts.

Ohh..  It’s around 10:30 at night and roads are massed up with vehicles. Also, my chips pack is about to finish; so I should wrap it up now. Hmmm… I am going to mail her now!