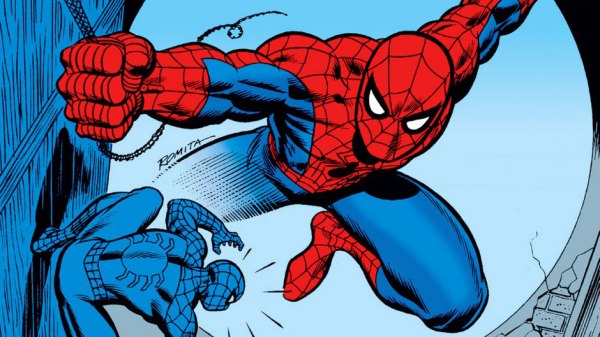 Spiderman aka Peter Parker – a high school teenage – lived with his aunt May Parker and Uncle Ben. Often called as a nerd, he was once bitten by an irradiated spider (that immediately died) while attending a demonstration on radioactive in a lab. He fell sick and realized some hormonal changes in his body and ultimately discovered the strength, agility and speed of a spider in him.

Apart from his superhuman strength, he can emit the web from his wrist that enables him to travel from places to places with the help of acrobatic skills. His spider sense linked with his superhuman kinesthetics allows evading most of injuries or attacks by anyone. His enemies often underestimate him since he endeavours his humour side and often talks a lot with his enemies or cracks various jokes during the fight.

Peter Parker responsibly takes the mission to rescue the people who are stuck in a helpless situation by fighting the criminals or his many nemeses. He likes to be called Friendly Neighbourhood Spiderman.

This 17 yrs old teenage science genius, he has learned his lessons to use his power precisely to help others. But he often struggles with puberty emotions, identity crisis and love life.