I appreciate your efforts to make your comic book into a live action movie. But please collaborate with a good production team which can innovate in storytelling to at least match up even Bollywood (forget Hollywood comic book) horror movie standard. Here’s my review of Aadamkhor | A Raj Comics Web Film. 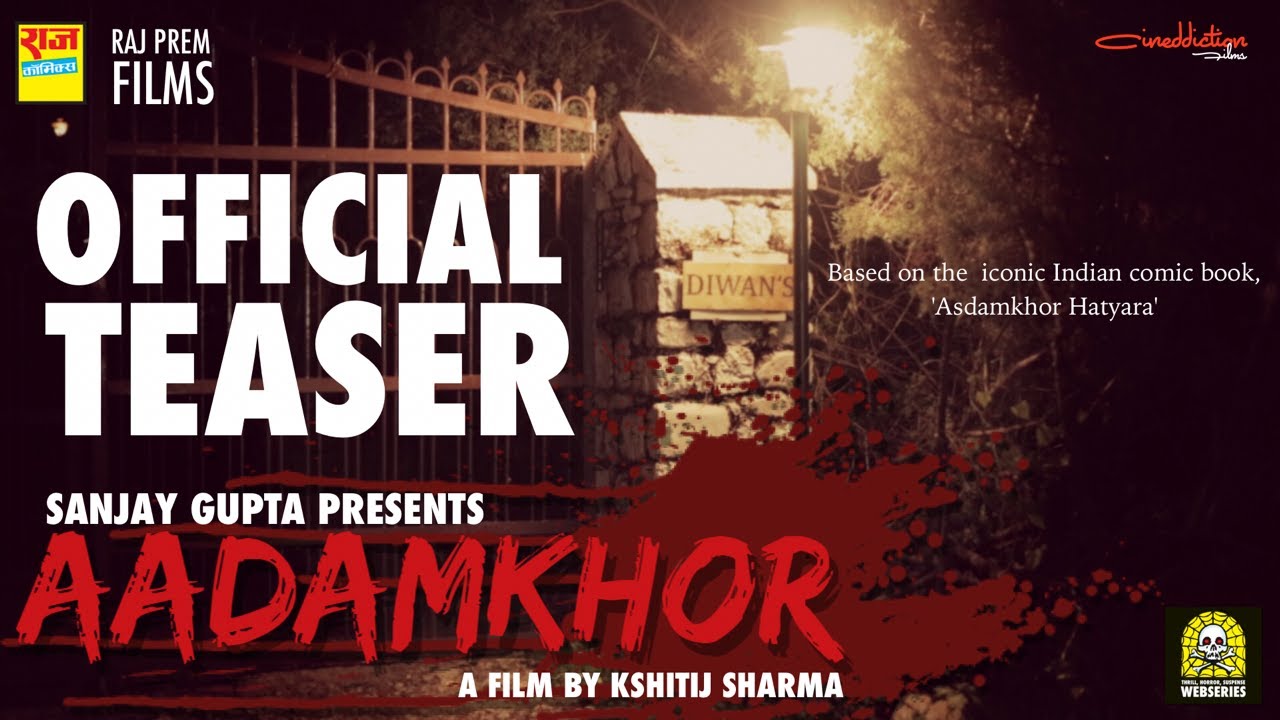 Being a fan of Raj Comics, it was great to watch this movie. But the clichéd story and typical music make this movie 80s style. Acting and dialogues (feels like taken from the comic book) were great. This is okay for web content, but for the theatrical release, they still have a long way to go.

Filmmaker hesitance of using special effects was clearly visible but I don’t blame them as Indian filmmakers have never been good. Despite that, they could have gone for David Cronenberg (the director of movies like The Fly, Dead Ringers, Videodrome, etc.) style.

Final verdict: This is an old Filmmaking style with too predictable (at times, sleepy) story.

Let’s hope that Doga web film, Nagraj Animation Film and Super Commando Dhruv Web Film could pull off some steam, as the plot line of these characters has lots of potentials to be great in every aspect in filmmaking.

As a comic book fan of Raj Comics characters like Doga, Nagaraj, Super Commando Dhruv, Bankelal, Kobi-Bhediya, Parmanu and many more, I really do not like to see those character because of old storytelling style. Please give these projects some good enthusiastic (perhaps, comic lover) filmmaker who can justify with these characters.

Or in two years, once my filmmaking style will be matured with good resources in my hand, I would like take up this challenge to make them unforgettable.